Internationalization as part of the competitive strategy of the telecommunications operators since the Global Financial Crisis: a comparative study of 7 cases in the European Union and the United States

Telecommunications operators (OTs) have been leading players in the globalization of the world economy during recent decades. Accordingly, internationalization has been an essential lever in their competitive strategies. But technological disruption and the Global Financial Crisis (GFC) of 2008 reshuffled the competitive dynamics of an industry, Telecommunications, which was extended to Media and Technology (TMT). Ten years later, the financial and competitive position of European operators was much weaker than that of their American competitors. At the same time, the international footprint of the Americans remained almost nil, which contrasted with the significant presence that the Europeans maintained outside Europe. This study aims to identify and analyze the factors that have driven this gap and to understand how and why it happened. A comparative case study of 7 OTs in the European Union and the United States was undertaken to assess the role of internationalization in strategic management. Contributions from 50 industry managers, board directors and professionals were gathered through semi-structured live interviews, building on desktop research. The study identifies 4 stages in the development of the Telecommunications industry through the impact of various factors on its competitive dynamics. It also links the uneven evolution of the OTs studied to the differences in their domestic markets, the actions of their governments and regulators, the depth and duration of the CFG and the strategic reaction of each operator. Results indicate that a longer and deeper CFG in Europe and the significant current and structural differences between the two regions led to a less favorable competitive environment and dynamics for the EU’s OTs. In addition, the strategic reaction of the OTs in the United States was more effective than that observed in the EU. Results allowed to extract lessons that can contribute to reassess the regulatory and institutional framework of the TMT industry in Europe and to the strategic definition of the OTs in the EU to turn as competitive as those in United States.

For this study, 50 in-depth personal interviews have been carried out with informants who have been directly or indirectly involved in the international development of the operators analyzed. Below is a summary of the qualified profile of the industry professionals interviewed. 40% are members of the Board of Directors and 80% have worked in at least 1 Telecommunications Operator (OT). 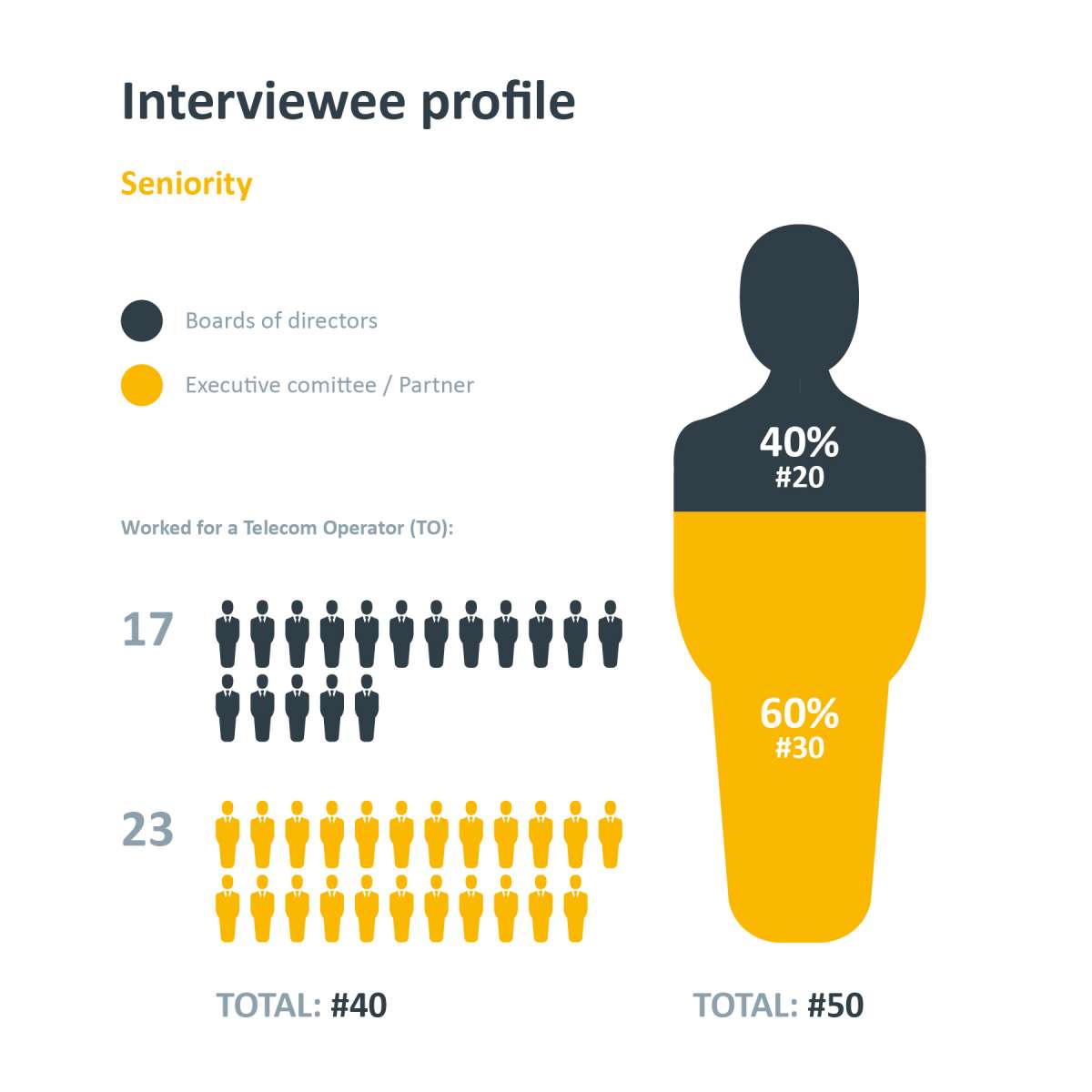 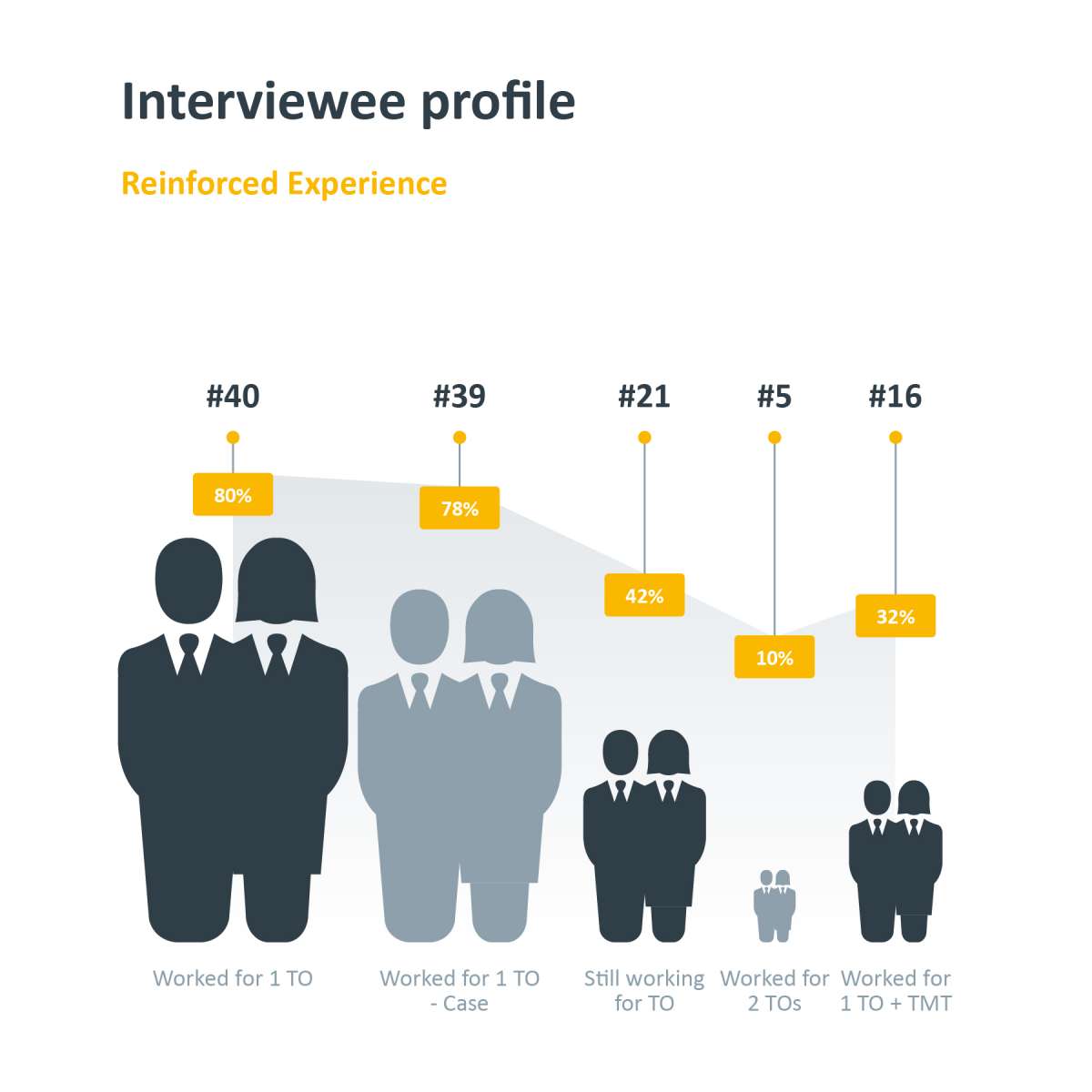 There are two markets with different competitive dynamics as result of differences in their domestic markets, the actions of their governments and regulators, the depth and duration of the CFG and the strategic reaction of each operator. 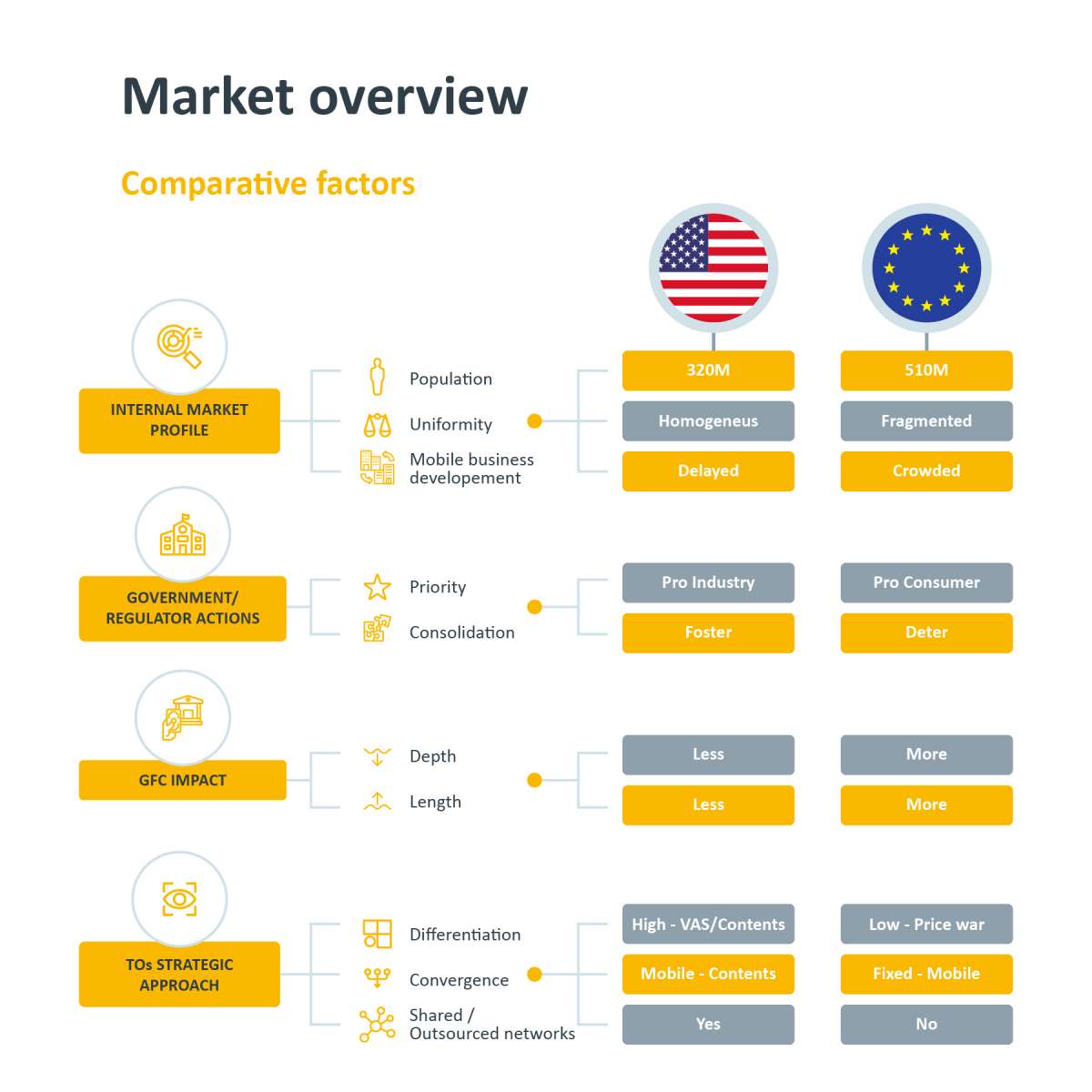